We’re going to be honest – the Oscars is always a bit quiet for nails. The dresses…amazing. The hair and makeup…everyone brings their A-game. But with all the true Hollywood glamour and big moments, people often play it safe with their nails. That’s fine, we’re totally cool with that. If ever there was an occasion for an elegant sheer pink mani, this is it. Even Kelly Osbourne played it relatively safe (by her standards). Let the frock have its moment to shine!

With that in mind, we rounded up the most commonly seen trends on the red rug last night.

Varying shades of sheer pink were de rigueur for the night of nights. It’s a look that goes with everything. Sophisticated. Chic. Seriously, we love it. Anyone who is anyone was rocking the sheer pink – Amy Adams walked her sheer pink nails down the E! Mani Cam red carpet, as did Jessica Biel. Jennifer Lawrence was wearing a single layer of Sarah Smile

, followed by one coat of Tiny Dancer

for her big moment. Her royal highness, Bette Midler, had Orly’s Kiss The Bride

with her beaded Elie Saab gown. From silver to blue to red dresses, this is a failsafe look.

There were many debates over the nails in the Pedicure office, but we all 100% agreed that Kerry Washington’s nails were total winners. Her nail and makeup game was ridiculous. She wore butter London’s La Moss

as a base, with Saucy Jack

layered on top to give it a hint of red. Jennifer Garner wore a red nail with her stunning fringed Oscar de la Renta, creating a beautiful contrast. June Squibb also had a beautiful contrast, her metallic red nails looking striking against her beaded emerald green gown. Emma Watson paired a deep berry nail with a black dress, as did Anna Kendrick. Kendrick actually rocked a little nail art – her crimson matte nail had a lick of black along the tips. Sadly, her nails were probably the highlight of her outfit – she wasn’t on our best dressed list.

A Touch of Sparkle

We LOVE that Kelly Osbourne toned down her usually outrageous nail art to respect the importance of the occasion. She rocked beautiful gold glittery tips on a sheer pink nail. Maria Menounos also added some sparkle to her subtle nail art – black pearl nails, black chevron tips, and silver glitter. Kristin Chenoweth had Nailene gold jewellery on her stiletto shaped nails for some subtle sparkle, and holy heck did she look incredible in her gold Cavalli dress. One of our best dressed.

In a surprising twist, a few of the big names wore black and blue. Some were hits and some were misses. Charlize Theron, looking ridiculously amazing in black Dior, paired it with a black nail. We thought she should have gone with a nude, and that the black was a little stark against the gown. Even a classic red would have been a better option, but the black was surprising and a little daring, which Charlize is known for. Julia Roberts was also a potential miss – she wore a light blue with her black gown. Did it work? Kind of. It added a little bit of personality to an otherwise classic and safe look. One definite hit was Sandra Bullock matching her navy nails to her navy dress. So chic.

Did you have a favorite? 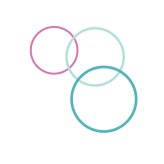 Nail of the Week: Superflynails